Home Health How to Stop Anxiety Attacks – An All You Need To Know... 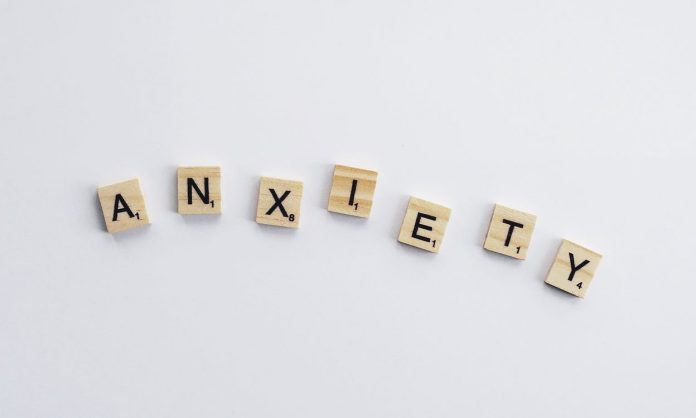 For some people, an anxiety attack is a novel concept but for others, it’s a reality they live with every day. It’s difficult to describe it to someone else because it’s so deeply personal and has many faces. Some might experience it as the constant nagging thought at the back of their mind, while for others it’s a feeling of sickness deep in the pit of their stomach. Regardless of how it manifests itself, there is no denying that anxiety attacks are a serious mental health issue. In this article, you will learn how to stop anxiety attacks and cope with their symptoms.

But before I get started on how to stop anxiety attacks, it is important to understand what it actually is. In fact, understanding your illness and what you’re going through is an integral part of the healing process itself. So, here is all you need to know about anxiety attacks and how to stop them.

Anxiety, stress, unease, panic, etc. are part of our daily life. Everyone feels anxious from time to time. It could be because of exams, upcoming presentations at work, ongoing financial problems, etc. However, an anxiety attack is completely different from your usual nervousness about everyday things.

It is described as a sudden, intense, and overwhelming feeling of fear and impending doom. The first step in how to stop anxiety attacks is to recognize what it looks like. It looks different for different people. For me, it’s the mental breakdown and feelings of incompetence and worthlessness after failing to do my work while staring at the blank word document for the whole day.

Other people describe it as being stuck in a constant loop of negative thoughts, unable to break free. It is called Rumination. They persistently go over and over negative, self-destructive thoughts without completing the process. This leaves them unable to find a conclusion and, thus, they get stuck in this cycle.

Anxiety Vs. Panic Attack – How to Cope with an Anxiety Attack and distinguish it from a Panic Attack

Panic attacks and anxiety attacks are often used alternatively. They are similar and do share many common features but they are different. A panic attack is more severe in nature. It is characterized by an intense fear of dying and an overwhelming sense of detachment from reality or oneself. Moreover, it’s also recognized as a Panic disorder in the Diagnostic and Statistical Manual of Mental Disorders (DSM-5). They are diagnosable. On the other hand, anxiety or anxiety attack is considered a symptom of many other mental health issues. It is not a disorder in itself.

In order to know how to stop anxiety attacks, it’s essential to know the symptoms. A panic attack triggers the Fight-or-Flight Response, while an anxiety attack often freezes people up. It leaves them feeling vulnerable, out of control, and crippled. They become unable to carry out even the most minimal of tasks.

Anxiety is not just in your head, it has a very physical presence too. Consider treating the physical symptoms when trying how to stop anxiety attacks. More often than not, people identify anxiety through its physical symptoms, which include:

Anxiety can be caused by many things but an anxiety attack is triggered by certain things and situations. A panic attack, however, comes and goes abruptly without any specific trigger. It’s important to figure out the cause of your anxiety if you want to learn how to stop anxiety attacks. Here are some potential causes of anxiety:

7 Steps for How to Stop Anxiety/Panic Attacks

There are multiple ways to deal with anxiety attacks. They might not stop immediately but doing these things will certainly help. Not all work for everyone but some definitely will. Practice the following coping strategies when you experience an anxiety attack in order to live stress-free.

The very first thing to do when you’re freaking out and trying to cope with anxiety attacks is to focus on your breathing. It gives you some sort of control in a situation where your own breathing is out of control. Some people have trouble doing even this simple task. For those people, there are certain apps that can help you regulate your breathing during anxiety attacks. Try using them.

2. Turn off your Smartphone

The smartphone is one of the biggest sources of anxiety in our lives. According to many types of research, the anxiety levels in the younger generation are much higher than in any previous generation. We are a society of anxiety. It is a by-product of technological advancement. On one hand, being connected despite physical distance makes us feel safe and less lonely. On the other hand, it puts all the world’s problems in our hands. Be it climate change, systemic racism, genocide in China, the humanitarian crisis in Yemen, Palestine, Kashmir, etc. We have a responsibility to do something about these issues, but we can rarely do anything except put statuses on social media.

Being constantly reminded of these issues and our powerlessness and inability to solve them contribute to anxiety. It is also one of the major mistakes people make when trying how to stop anxiety attacks. So turn off your smartphone.

No, don’t put it on airplane mode or turn off Wi-Fi, POWER OFF your phone. There’s a peace of mind that comes with being disconnected from all those problems.

The next step is to find a distraction. As someone who suffers from anxiety and depression, I understand how absolutely impossible it is to distract yourself. But trust me on this, it helps. Don’t try to do big things, like putting on movies, starting a book, or writing that 2000 word paper. These tasks are too big and take too long to complete. You won’t be able to do them, which will further increase your anxiety.

Try doing little things when figuring out how to stop anxiety attacks. For example, getting up and washing your face, taking a shower or bath, tidying up your room, cleaning the house or rearranging your stuff, etc. You can complete these little tasks in a short while, which will give you a sense of accomplishment and help distract you.

Light exercise is always a good idea, especially when you suffer from anxiety. Physically removing yourself from the place you had an anxiety attack and going out in the open do wonders for your mental condition. Nature has a healing effect. It is not just a cliché phrase, it is very much true. So go for a walk in your local park and breathe in some fresh air. Make sure to avoid crowded places as it can worsen your anxiety. If you don’t want to risk socializing, you can always go for a long drive on America’s best driving roads.

5. Talk or Don’t talk to someone

Most people will suggest that you try talking to someone when having a panic or an anxiety attack. For me, it doesn’t work. Because other people who have never gone through something like this and who do not understand your life and issues cannot relate to you. Sure, they mean well but their advice sounds too heartless, too cruel. They might underestimate the seriousness of your condition. They’re also likely to make light of it and say generic stuff. It makes you question your own reality. It makes you think that maybe you’re overreacting, which is not the case. What you’re going through is very real and very valid. So, not talking to people is actually a better option in this scenario.

However, if you feel too lonely, overwhelmed, and feel like you cannot go through this alone, please talk to someone who understands you, who has an idea of how you’ve been suffering before this anxiety attack. Reach out to someone who can provide you with the support you need. Be it just being there and listening to you or giving you helpful pieces of advice.

On the list of how to stop anxiety attacks, mediation and practicing mindfulness has a crucial spot. It helps you focus on the physical sensations, like what you see, hear, smell, taste, and touch at that moment. Essentially, it grounds you in your present and reassures your mind. Meditation reminds you that you’re here, right now, that you’re not dying and although many things are wrong in your life, nothing is directly threatening you in this present moment.

And if nothing else works, just go to sleep. Turning off your entire system and losing consciousness for a while will definitely help stop an anxiety attack. Some people might face difficulties in falling asleep and that’s okay. You don’t have to force yourself. Just get in the bed, put a blanket over yourself and close your eyes. Simply lying there and resting your eyes for a while will make you feel better.

Know when to get Professional Help Regarding Treatments for Anxiety

Everyone gets anxious and depressed from time to time. Experiencing anxiety attacks or panicking is not that rare, either. However, if you’re experiencing them too often, it’s time to get some professional help. Here are some other indicators that your anxiety is due to some bigger underlying problem.

In conclusion, anxiety is a serious issue that requires professional help. You can learn how to stop anxiety attacks momentarily but you cannot cure them. So, try to see a doctor as soon as possible, though I do realize the limitations to mental health access for people from a poor or low socio-economic class. 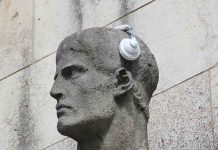 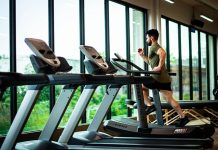 Fasted Cardio: What’s All the Hype About? 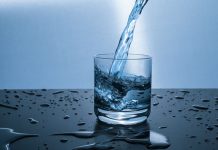 How To Stay Hydrated: Why Is It Important And What Can Help You With It?