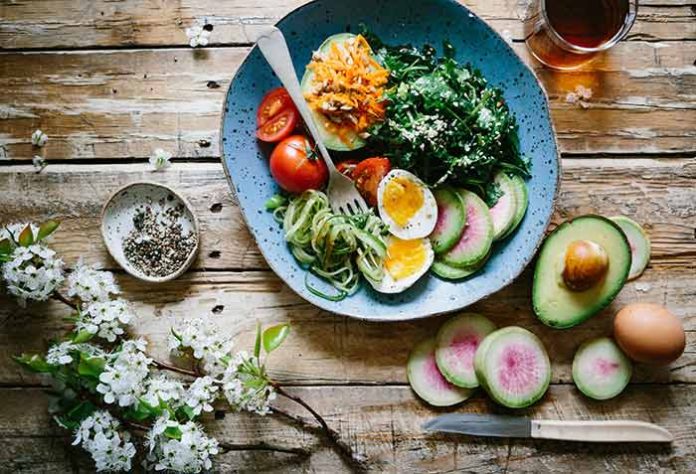 Across the world, food brings people together. No matter what culture you belong to, the act of sharing a meal is universal. And this simply means that we humans can use food as a bridge to cultural understanding in many settings. As such, here in the United States, we have an obscene amount of restaurants and establishments where we can go and share a meal among the company of others. And our menu items are as diverse as our culture. Some restaurants offer diet menus, and as more and more Americans become increasingly health conscious, especially since the onset of the COVID-19 pandemic, diet or specialty menus are becoming more common.

However, many restaurants still don’t offer specialized menus. And this can be a limiting factor, especially in areas of the country where dietary health is more of a priority.

The Truth About Diet Menus

In the late 1990s and early 2000 era, the Atkins Diet became increasingly popular across the United States. Even though Robert C. Atkins created the diet in the 1960s, it wasn’t until the mass marketing of the late 20th Century that we saw heightened interest in the diet at all.

But only a few years passed by, and after this, the many small eateries which popped up offering Atkins menus suddenly began to disappear. And this is one of the many downfalls of the diet menu.

Diet trends are always changing. And they change pretty fast. So when a restaurant owner offers a diet menu, he or she has to do so in line with cultural behaviors according to popular dietary trends.

For example, no matter what type of diet is trending, offering a small list of menu options is considered feasible enough for the population. But don’t expect it to last.

People love desserts, even if they’re on a rigorous diet. And this is why you often hear the mention of a “cheat day” when someone is engaged in a diet regimen.

Popular desserts are usually full of all the good stuff such as sugar, corn syrup, and the like. But the only problem with this is that these ingredients are super fattening. But there are some elements that you can offer that will appeal to those on a diet who want to enjoy their desserts.

For example, you can look up low-calorie dessert recipes that require low-fat, low-sugar ingredients and use tools such as whipped cream chargers to prepare your desserts quickly and efficiently.

Another option is to offer specific fruit-based desserts for those with fructose intolerance or who might be vegan or vegetarian. And this not only offers them a tasty dessert item, but it will also prove to be less costly as well.

Catering to Those with Food Allergies

Unfortunately, there are many who suffer from mild to severe food allergies across the world. And here in the United States, this is often taken quite seriously in the restaurant business.

Food allergies such as nut or shellfish allergies can cause severe anaphylactic shock and have someone swelling up and gasping for air within minutes. As such, it’s imperative to avoid cross-contamination and to offer allergy-free menu options.

For example, some salads come served with pecans, pine nuts, or almonds. Simply by removing these ingredients and offering allergy-free options, you’ll be able to cater to a larger portion of the local community.

Additionally, many people also suffer from a condition known as Celiac disease. This is a condition that makes one sensitive to gluten. And due to this, many restaurants find that having a gluten-free menu offers more options for a wider portion of the population.

Owning a restaurant means that you’ll need to create as many options to fill as many seats at tables as possible. And this is also how you establish a quality relationship within your local community. And by offering these dietary options, you’ll find that you’ll be able to serve more people.

Coping Strategies for Kids – Why are they Necessary? Various Mechanisms Discussed!

Treat Your Taste Buds With A Low Calorie Lemonade

Live Healthier: How to Create a Healthy Lifestyle

The Most Scenic 12 Best Driving Roads in USA

Best States to Live in America and Invest in Property