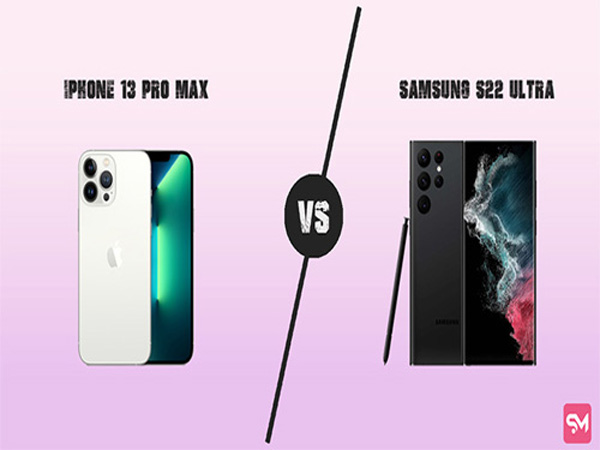 Nowadays tech is evolving at a breakneck speed and the latest addition on the smartphone grapevine is the Samsung Galaxy S22 Ultra vs iPhone 13 Pro Max. SpoliaMag’s in-house mobile savant sat down and offered us his take on the technical features and specifications of these 2 devices. let’s dive straight in.

Cut-throat Comparison Between Display and Ergonomics

Beauty attracts thus the design of a device is a crucial part of its review.

Both of these devices have a Glass Sandwich design, with the iPhone 13 Pro Max featuring a stainless-steel frame. While the Samsung Galaxy S22 Ultra features an aluminum frame.

The screen is one of the most important features to look out for while buying a device. Here’s the comparison of technical features of the display of both devices:

The iPhone 13 Pro Max has a 6.7-inch Super Retina XDR LCD with an additional feature of ProMotion. It has a resolution of 2778 x1284p and a density of 548 pixels. The LTPO panel allows this display to run as low as 10Hz. This allows the device to last longer. It is simply an OLED panel that has an adaptive refresh rate.

It has a maximum brightness of 1000 nits on display. This makes it bright enough for outdoor use. HDR content can be recorded or viewed at up to 1,200 nits.

The most important feature of the iPhone can’t be neglected: The iPhone has a notch for Face ID and a selfie camera. Although the notch is functional and easy to use, it can make a big difference when compared to what other phones offer.

The 6.8-inch QHD+ Dynamic AMOLED 2X Display on the Samsung Galaxy S22 Ultra is 6.8 inches. The QHD+ OLED panel will ensure that the screen resolution is higher than 2560x1440p.

Samsung also uses an adaptive refresh rate of 1Hz to 120Hz for its second-generation LTPO panels.

This panel can also reach a peak brightness of 1,750nits. This is only possible for HDR content or when the panel is directly exposed to sunlight. Curved edges give the display a premium look (IMO), which provides utility and a more comfortable in-hand feeling.

The iPhone 13 Pro Max is a square design and weighs 238g. The Galaxy S22 Ultra, on the other hand, has curved edges and 229g. This is a significant difference.

The Samsung S22 Ultra will feel lighter than the regular S22 Ultra. You will also find the dimensions identical.

The Divergence between Ports

The iPhone 13 Pro Max has a lightning port. Most devices today have a USB Type C port. This allows you to use one cable for all of your devices. Lightning ports also have slower data transfer speeds than USB Type-C ports.

On the contrary, Galaxy S22 Ultra has a USB Type C Gen 3.2. It offers faster data transfer speeds and ensures consistency across all devices. The S22 Ultra’s unique selling point is its S-Pen. The S22 Ultra houses the S-pen inside.

Samsung’s announcement shows that they have removed the 3.5mm audio Jack to increase the battery size. However, they can still accommodate a stylus inside a device. Let’s not be negative about the S-Pen, though, because it has always been a target audience. The S-Pen’s latency is only 3ms on the S22 Ultra.

The display protection technology in the iPhone 13 Pro Max is called Ceramic Shield by Apple. It is not very breakable, but it can pick up scratches quite often. Both the front and back glass panels are made of Gorilla Glass. It is also IP68 water and dust-resistant.

Protected by Gorilla Glass Victus+, the front and back of the Samsung Galaxy S22 Ultra are completely protected and covered. This is the most advanced and best-selling smartphone currently on the market. The S22 Ultra is also certified IP68 for dust and water resistance. But, whatever the thickness is, glass breaks due to its fragile nature. However, you can increase the protection of these cell phones by using protective phone cases.

Smartphones make it easy to capture memories. The majority of smartphones have cameras that can capture images at around $500. If you spend more than $1,000, you will want the best. Let’s take a look at what each device can offer.

However, the arch-rival, Galaxy S22 Ultra has a quad-camera setup at the rear. The primary sensor measures 108MP. Yes, the MegaPixel count in this sensor is higher. The normal images can be clicked at 12MP because of pixel binning when shooting RAW. However, the 108MP will preserve the details.

The Ultrawide camera has a 12MP sensor and a 120-degree field. Two 10MP telephoto lenses are available for Galaxy S22 Ultra. One of these lenses supports 3X optical zoom, and 34-degree FOV, and the other supports 10X optical zoom with an 11-degree field-of-view.

The S22 Ultra is a better zooming option than the iPhone 13 Pro Max. S22 Ultra also has more saturated colors. You can use the color profile features on the iPhone to achieve the same effect.

Both devices have low light capabilities that are sufficient for their intended purpose. There is no clear winner. The S22 Ultra captures more detail under low light conditions than the S22 Ultra, while both cameras are equally good in terms of detail.

The video department has been dominated by iPhone since its inception. The S22 Ultra can capture videos at 8K 24FPS. However, the iPhone 13 Pro Max has a ProRes video.

Both devices can also support Portrait mode for videos. The iPhone 13 Pro Max allows you to adjust the amount of bokeh before or after shooting; this is not possible with the S22 Ultra. The iPhone excels in the video department.

While the S22 Ultra has good video recording capabilities, I have to admit that the iPhone is the clear winner.

Read Also: GIF Vs. Video | What is the Difference – Size & Performance Compared

iPhone has enjoyed good software support for many years. iPhones can get iOS updates up to six years after launch.

It has been quite the opposite for Android, except for Pixel devices which receive 3-4 years’ worth of software updates.

Samsung has changed the story this year. This year, Samsung announced that it will provide 4+1 years of security updates and software updates to its devices.

Despite Samsung’s great achievements, we know that the iPhone 13 Pro Max will get more software support than the S22 Ultra. This is based on Apple’s track record.

The iPhone 13 Pro Max’s battery life is well-known, thanks to its iOS compatibility and A15 Bionic. A manufacturer who designs the hardware and the software will have greater control over what and how it is done.

The convenience of Apple devices is unparalleled. Software integration with hardware products is much better than Samsung’s.

But, customization is one reason Android is superior. With the introduction of widgets, iPhones are now more customizable.

Yes, iPhone has unmatched control. It is not as good as Android, especially Android 12.

The Samsung Galaxy S22 Ultra has a 5,000mAh battery and the iPhone 13 Pro Max has a 4,352mAh. (Apple does not disclose battery capacity so these are only approximate values).

The iPhone 13 Pro Max supports wired charging speeds up to 27W. It can charge up to 15W with MagSafe Wireless Charging, and 7.5W with Qi Wireless Charging. Apple claims that the iPhone can charge at 0-50% with the 20W charger. However, Apple does not make any official statements about charging times.

The S22 Ultra is more feature-rich and can charge faster, but the iPhone offers better battery life. The iPhone can charge between 0-and 50% in 30 minutes. If battery life were my primary concern, I would choose the iPhone.

Apple has been designing its own SoCs for some time, and they are both powerful and efficient. This is also true for Apple’s M1 SoCs. The iPhone 13 Pro Max features the most powerful SoC Apple has ever created for smartphones. It is the A15 Bionic SoC, which is based on a 5nm process.

Samsung has different SoCs for different regions. The Snapdragon 8 Gen 1 is the power source for Galaxy S22 Ultra. The 4nm process is used to make it, but it isn’t as powerful as the A15 bionic that was launched last year.

However, the difference in daily usage between these phones won’t be noticeable. But, if we take a look at benchmarks, Snapdragon 8 Gen 1 beats A15 bionic.

Galaxy S22 Ultra vs. iPhone 13 Pro Max: Which one is better for you?

The answer to this question is not easy!

Preferences are subjective. I will let you decide. The S22 Ultra would be my clear choice if I was deciding on a device solely on its design.

Both devices perform equally well in terms of performance. The iPhone 13 Pro Max will perform better under heavy tasks because the A15 Bionic delivers more performance and consumes less power than Snapdragon 8 Gen 1.

The S22 Ultra also excels at other features, such as charging speeds and ports. You should choose the device that best suits your needs. If you’re already a member of the Apple ecosystem, iPhone 13 Pro Max is your best choice for its unparalleled convenience.

How did you find our review of Samsung Galaxy S22 Ultra vs iPhone 13 Pro Max? Did we miss something important? Do share in the comments below! 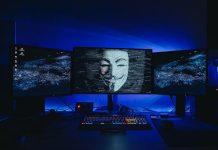 GIF Vs. Video | What is the Difference – Size & Performance Compared 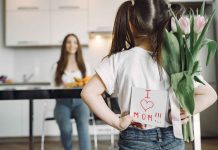