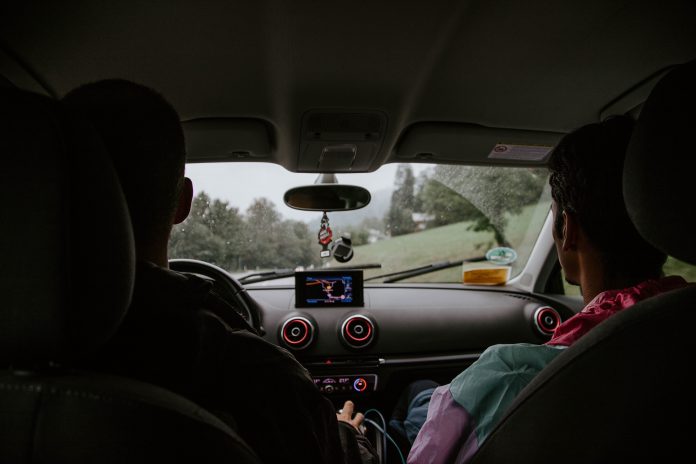 Are you having trouble handing over the car keys to your teen who just became eligible to drive? Understand that you are not alone; all parents find themselves going through this dilemma that how to train teen to be a safe driver. I know the idea of your teenager driving a car stresses you out and why it shouldn’t be. Teens in the age group of 15-19 accounted for only 7% of the U.S. population in 2013 but caused over $10 billion of motor vehicle damages! While this is a genuine concern, you can take some measures to alleviate your anxiety. The most vital one is to train your teen how to be a safe driver.

We are here with a few facts and figures along with some tips on how to train your teen to be a safe driver, so without any further delay, let’s get into it:

Tips To Train Your Teen: How To Be A Safe Driver 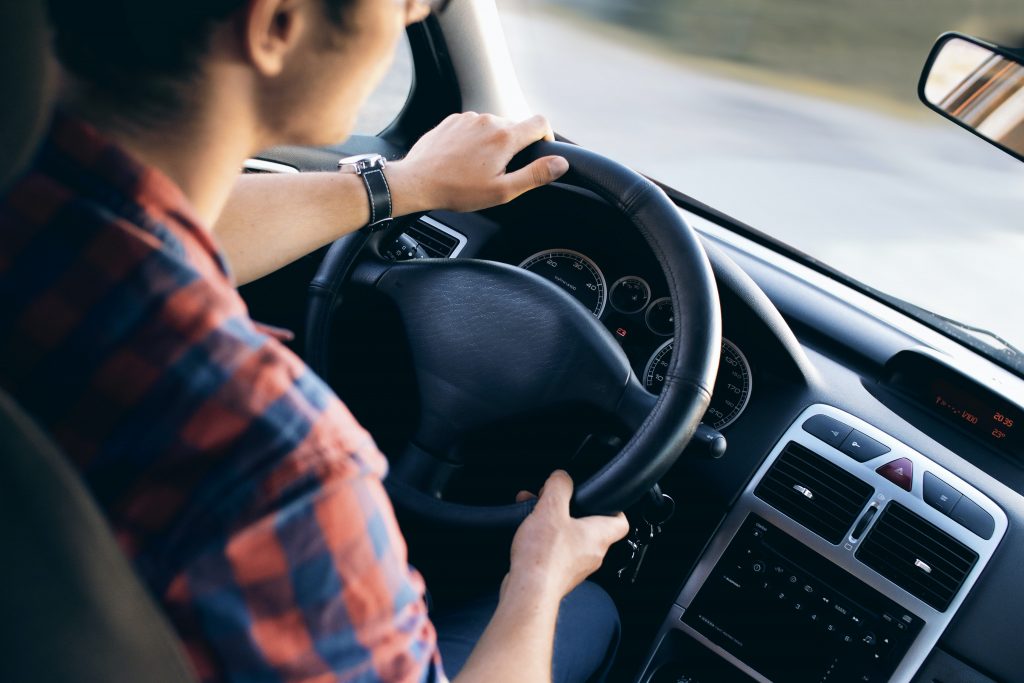 Check your state laws before getting your teen into the car. Even if your state does not require supervised driving, do not give teens the car keys straightaway. Spend some time with them and teach them the norms of safe driving. Give them complete guidance on how to be a safe driver. But wait:

Is instructor-led driver education course worth it?

Most schools include a driver’s course as part of the curriculum, and additionally, you can get private driving lessons. The issue, however, with these driver education programs is that they last up to 6 hours. However, the recommended time for a teen to gain practical knowledge of driving is 50 hours, at the very least. The GDL program fills in this gap left by instructor-led driving course.

What is the GDL, and how does it work?

All states have adopted the Graduated Licensing (GDL) program to help ease the process of teens getting into driving. The GDL program has garnered commendable results nationwide, with a significant reduction in fatal accidents involving teens.

The GDL program has some fundamental regulations. These include the provision of a learner’s permit by the age of 16, followed by supervised driving. The rules also restrict non-family individuals under the age of 18, and so on. Some states have instituted a new stage to the standard GDL program by prohibiting teens driving from 10 PM and 5 AM.

How can you make your teen a safe driver?

The idea of a teen being entirely responsible on their own is somewhat unreasonable. Taking some friends in the car, roaming around with the speakers busting out music is a dream for every teenager. But, this is precisely what you should warn them against.
First off, before they turn 16, you should acquaint young adults with standard driving protocols and regulations. It will give them basic knowledge of how traffic rules work and what laws they have to abide by.

Once they get their learner permit, sit down with them and have a straightforward discussion about what you expect from them when they drive. It is essential to communicate effectively on some matters, such as the importance of following local laws and regulations.

Time to get your teenager behind the wheel

With this done and dealt with, take them to an empty lot and hand over the steering wheel to them. Take small steps toward the ultimate objective of your teen coming out as a genuinely competent and self-aware driver.

Start from the empty lot, progress on to side streets, and then drive in the highways, freeways, etc. Gradual improvement along with consistent nurturing can go a long way. It will let your teen know how important it is to take things slowly and patiently while driving. Yes, I am talking about rage driving and other emotional actions during driving. 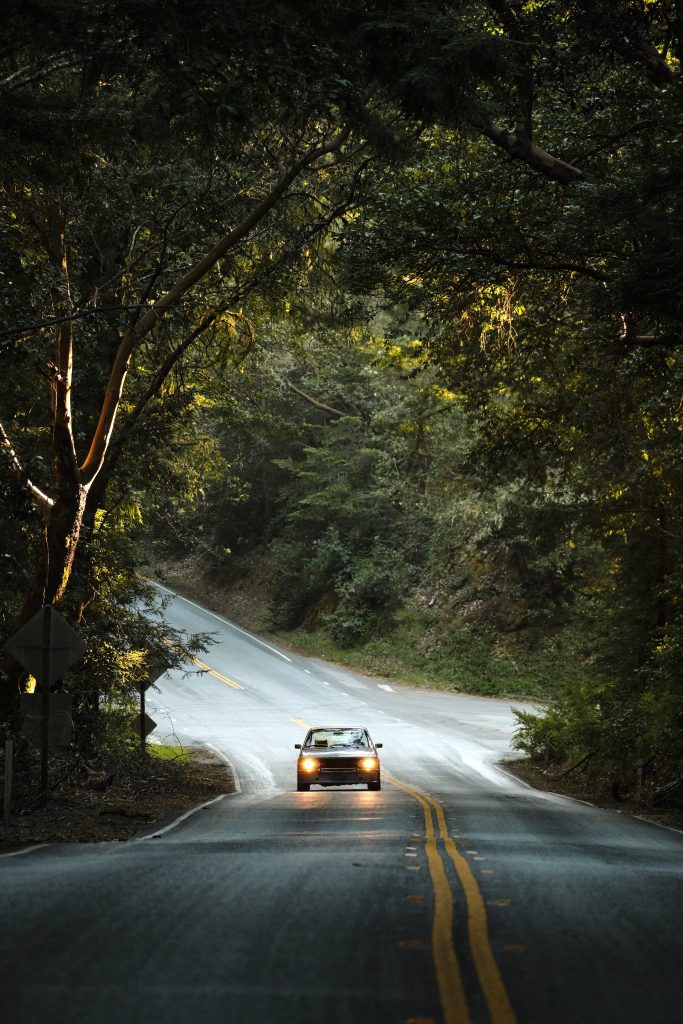 Take things slowly and be patient with them

While we are on the note of patience, please be very wary of your teen. Teenagers, usually, have a shallow threshold of sensitivity, and many things can make them feel like you are scolding them. So, take things slow and refrain from shouting at them.

Whenever they make a mistake, ask them to pull the car over. In a polite tone, tell them what went wrong and what should have happened! The latter is equally vital as talking about the problem exclusively is unlikely to lead to any positive change in the future.

It can be hard to teach a teen how to drive, especially when it is your child. When you have been operating for over a decade, you inherently assume that driving comes easy to everyone. Well, that might not be the case!

Enforcing some general rules on your teen

The driving law imposes several restrictions on drivers, and teens are at a much higher risk of breaking it than other age groups. It is crucial to talk about these restrictions to give them an obvious message; DON’T DO THIS!

There is no country in the world that allows the use of mobile phones during driving. Studies show, it leads to 1.6 million crashes every year, and although 94% of teens admit its dangers, most of them still use them.

Cell phone usage significantly affects the attention span of drivers and reduces their reaction time in case of emergencies. It can be a matter of life and death; make this clear to your teen. 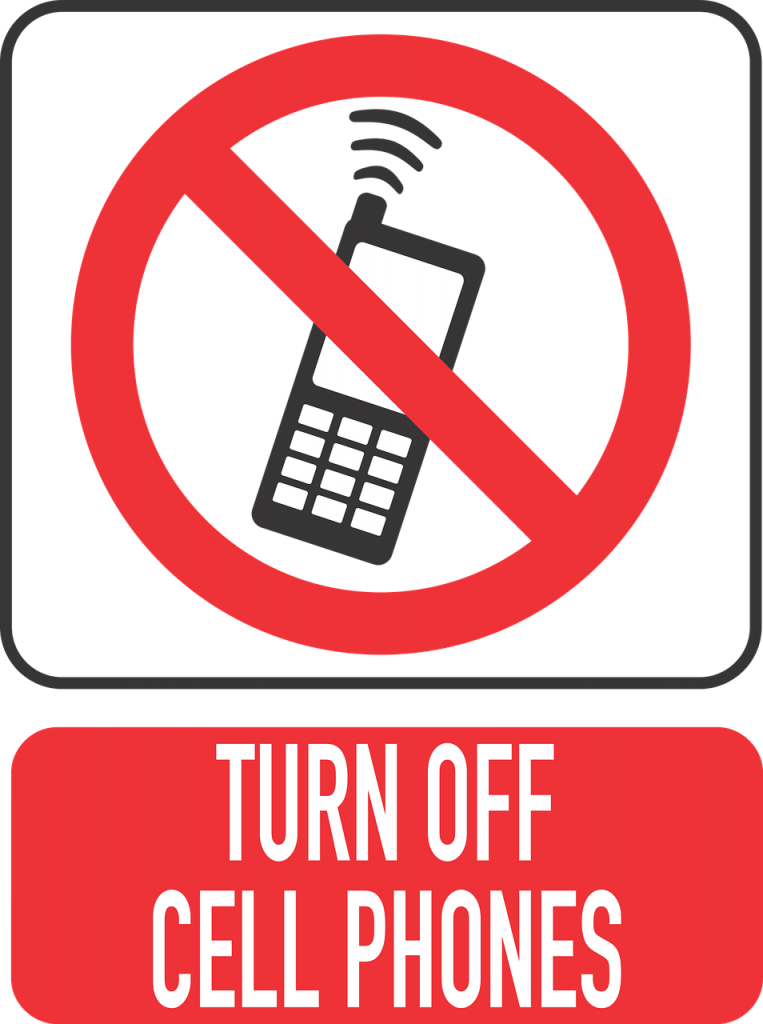 Rule out the idea of drinking and driving from their minds

Driving under the influence is illegal and significantly increases the risk of a fatal accident. Your teen is not allowed to drink or smoke at this age, but for the future, you need to make these things clear to ensure their safety. 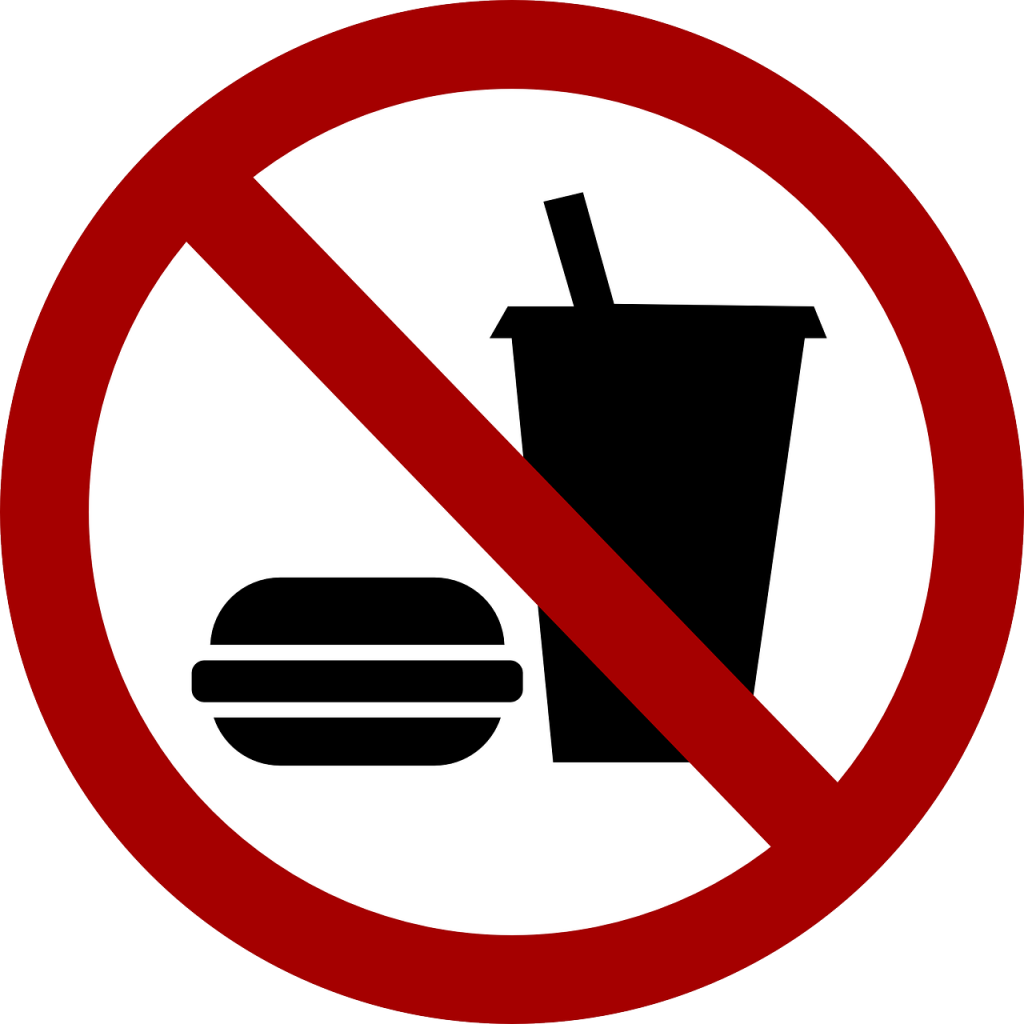 Wearing a seatbelt is mandatory; make them understand it is for their safety. Some teens feel belts make them uncomfortable. Teach them how to adjust the seatbelt’s position for comfort. Never let them think it’s okay to drive without a seat belt. 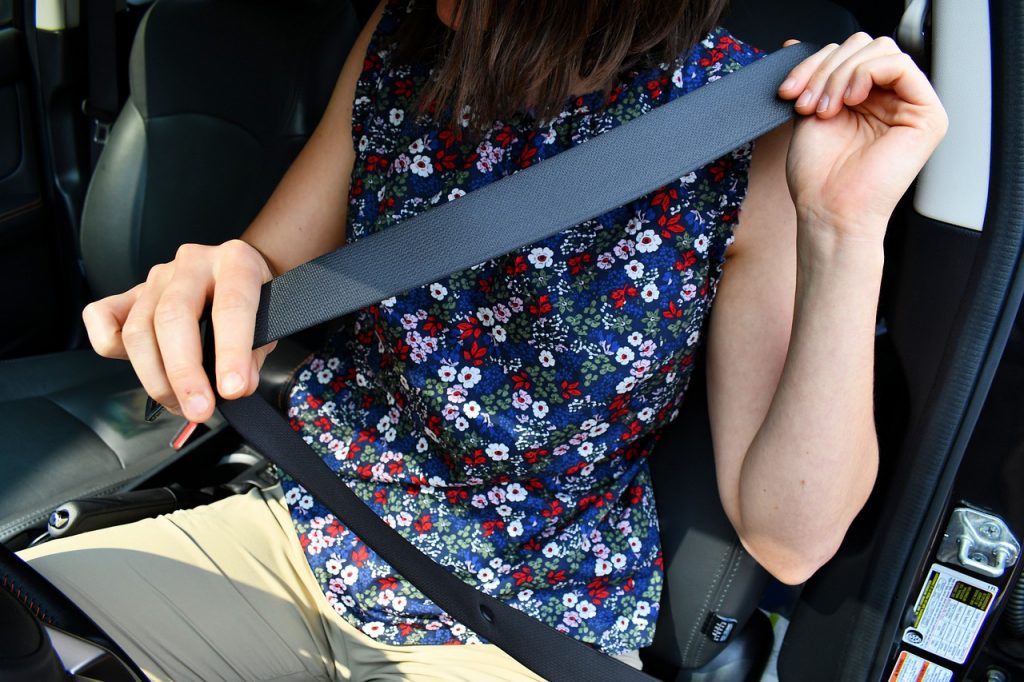 Give them general instructions such as do not drive while fatigued, sad, or angry. Emotions tend to be raging, so tell them to avoid driving under any of these conditions.
Other than this, advise your child that after each drive, they should assess how they did. And how they could have done better or how they could improve.

Once they fulfill the necessary legal provisions, start to entrust them with driving alone. Let them gain the confidence required to move around without direct supervision. 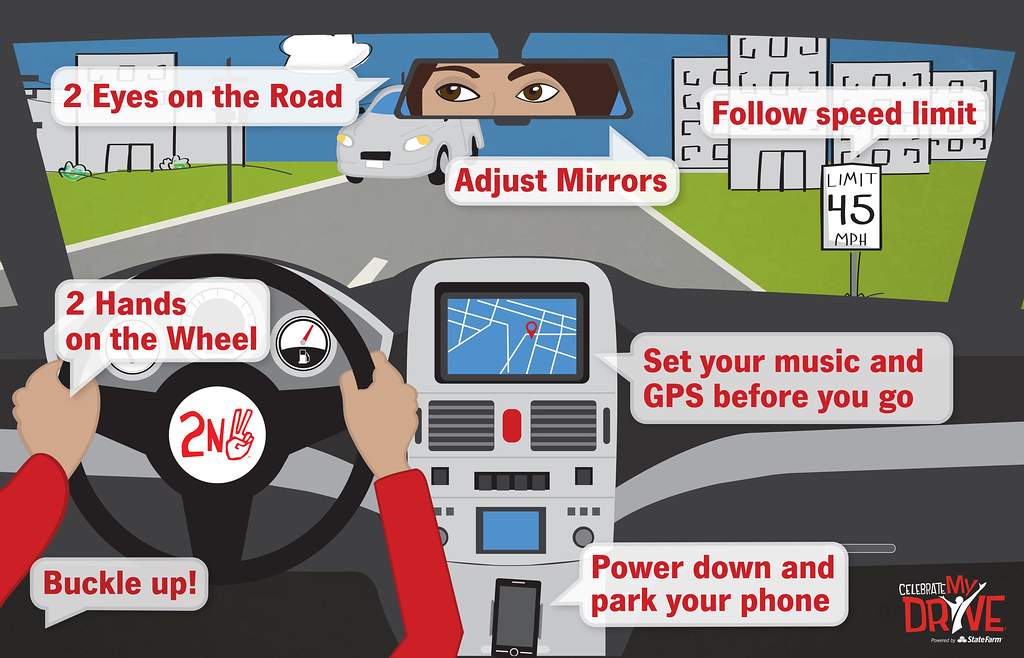 Remember, all you have to do is make them practice safe driving methods. After that, let them experience the advantages of safe driving. With time, your teen might become a more capable driver than yourself!

Keeping the above points in mind, I am sure you will be able to make informed decisions regarding your child’s safety. You are liable and responsible to teach your kid how to drive safely not only for their own sake, but for others on the road, as well. 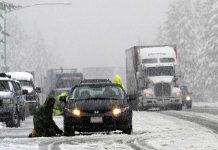 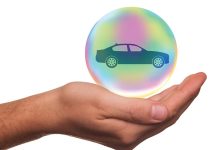 What is Commercial Auto Insurance for Businesses: All you need to know! 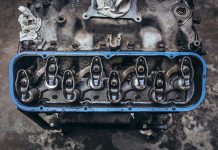 Signs of a Blown Head Gasket: All You Need to Know about Head Gaskets