Home Marketing Mad Marketing: The Not-So-Exact Science of Standing out in 2022

These days, it can be hard to run a successful marketing campaign. Audiences are more cynical and more desensitized to marketing efforts than ever, as advertising has become a part of daily life and has infiltrated most physical and digital spaces. While attempting to engage this increasingly jaded audience, marketers must cloak their advertisements in entertainment, sneaking their messaging into otherwise innocuous videos and social media posts like harangued pet owners trying to sneak medicine into their dog’s food.

They have to be smart not just about what they post (making sure it aligns with corporate values while taking the necessary risks to stand out), but how they post it, aiming for the greatest possible potential for achieving virality.

Keeping your eyes on that prize is necessary, as failing to achieve that threshold of virality and customer engagement can leave your company in relative obscurity as other businesses begin to grasp the formula and propel themselves forward. By pushing boundaries and attempting to engage customers via entertainment, companies like Wendys, Dos Equis, Duolingo, and most recently, Starburst have etched themselves into our cultural lexicon.

While it may take a lot of experimentation on your part before you find something that lands reliably, the methods listed below (which other companies have found to be successful) are great starting points for understanding and beginning to practice the art of crafting viral content: also known as the art of marketing your business successfully in 2022.

Without further ado, here they are:

Social media platforms like Twitter, TikTok, and even Facebook present unique opportunities for experimenting with your marketing. Duolingo is perhaps the most dramatic example of this, as their marketing strategy has been described as “unhinged” by their own social media manager. On their TikTok, they frequently post comedic and random-seeming videos that aim to capture the attention of meme culture, and if their recent engagement is anything to tell by, they appear to be succeeding.

This strategy is explicitly not for everyone, especially if you aren’t particularly in tune with “meme culture.” But you don’t have to post random, funny skits to take full advantage of what social media has to offer. Use the live function on your Facebook or Twitter for advertising your products, conducting ask-me-anythings, and the like.

There are many proven ways to do this, not limited to what’s in this list, but you might want to start with something as simple as posting the occasional poll on your Facebook or Twitter. Asking your customers what they think and giving them the illusion of input, if nothing else, can go a long way to establishing a positive brand reputation as it makes customers feel heard like they have a say in what your company does next.

You can also conduct contests, offering promotional items as prizes. With the wide variety of promotional products available on the market, ranging from custom-made wine bottle bags to branded USB devices (as well as odder and potentially more appealing branded knick-knacks), you can make participation more than worth their while.

You’ve likely heard of them all, can recognize them on sight, and may be able to quote their key catchphrase. That’s because the establishment and proper use of brand mascots can be an effective way to sum up your brand’s mission and engrain your message into the public consciousness. These characters surpass even their actors in name recognition, and in addition to being easily recognizable ambassadors for their brand, mascots also tend to translate extremely well to meme culture. Take Gritty, the mascot of the Philadelphia Flyers, or the Duolingo Bird. While both are Lovecraftian horrors from another dimension that are just as likely to have bodies in their basement as provide you hours of meme-centric joy, both are incredibly popular with mainstream audiences, and their status as corporate mascots is almost wholly ignored, being seen as entertainment icons instead and resultantly spreading their brand far and wide.

The Excitement of Experimenting

It’s crucial to acknowledge up front that many times, you will attempt to achieve virality and utterly fail. Don’t get discouraged if this happens it has happened many times to corporations large and small, and chances are you’ll fail quite a few times before you finally strike that winning formula. Keep experimenting, and it may not be long before your company is also a household name. 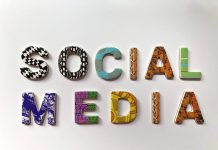 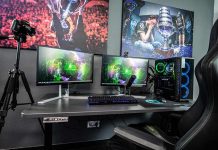 Live Streaming vs. Video On Demand: Which is Best for You? 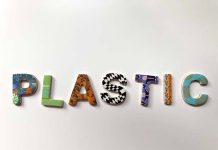